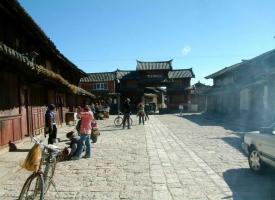 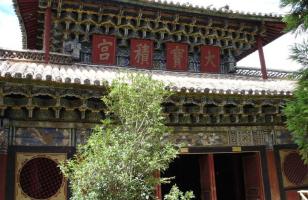 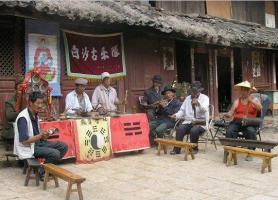 Baisha is a small village on the plain north of Lijiang, near several old temples and is one of the best day trips out of Lijiang. Before Kublai Khan made it part of his Yuan empire(1271-1368), it was the capital of the Naxi kingdom. It's hardly changed since then and though at first sight it seems nothing more than a desultory collection of dirt roads and stone houses, it offers a close-up glimpse of Naxi culture for those willing to spend some time nosing around.

The star attraction of Baisha will probably hail you in the street. Dr.Ho(or He) looks like the stereotype of a Taoist physician and has a sign outside his door:'The clinic of Chinese Herbs in Jade Dragon Mountains of Lijiang'. The travel writer Bruce Chatwin propelled the good doctor into the limelight when he mythologised Dr Ho as the "Taoist physician in the Jade Dragon Mountains of Lijiang.'Chatwin did such a romantic job on Dr Ho that he was to subsequently appear in every trabel book with an entry on Lijiang; journalists and photographers turned up from every corner of the world, and Dr Ho, previously an unknown doctor in an unknown town, has achieved worldwide renown. 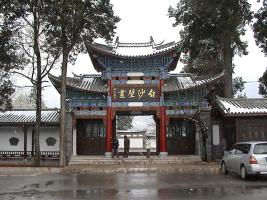 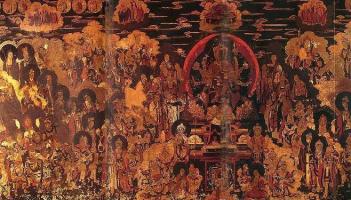 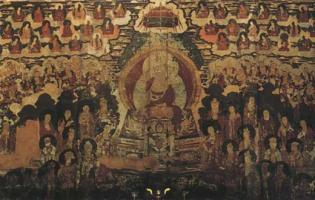