The Great Mosque of Xian is the largest and best preserved of the early mosques of China. Built primarily in the Ming Dynasty when Chinese architectural elements were synthesized into mosque architecture, the mosque resembles a fifteenth century Buddhist temple with its single axis lined with courtyards and pavilions.

Like the Great Mosques at Hangzhou, Quanzhou and Guangzhou, the Great Mosque of Xian is thought to have existed as early as the seventh century. The mosque that stands today, however, was begun in 1392 in the twenty-fifth year of the Ming Dynasty. It was ostensibly founded by naval admiral and hajji Cheng Ho, the son of a prestigious Muslim family and famous for clearing the China Sea of pirates. Since the fourteenth century, the mosque has undergone numerous reconstructions. Most of the buildings extant today are from the Ming and Qing Dynasties of the seventeenth and eighteenth centuries. The mosque was constructed on Hua Jue Lane just outside the city walls built by the Ming Dynasty, in what was once the jiao-fang neighborhood for foreigners to the northwest of the city. Today, this neighborhood is part of Xian proper, with the city's famous Drum Tower a block away. 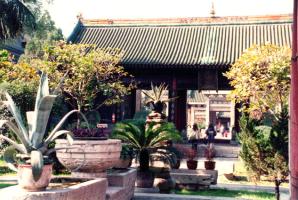 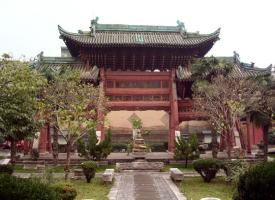 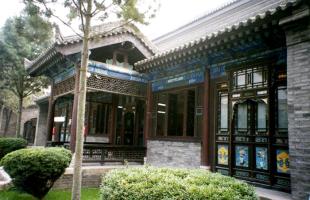 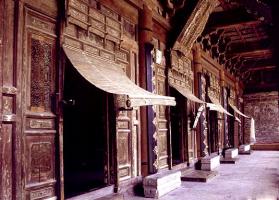