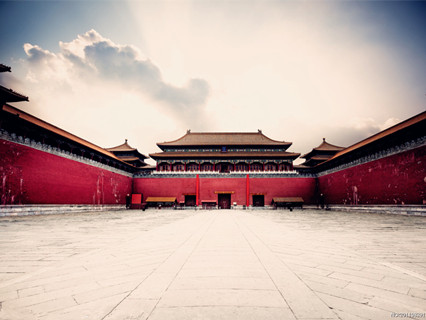 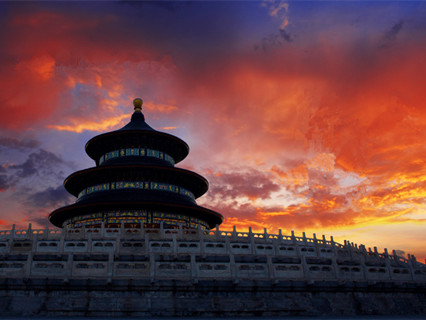 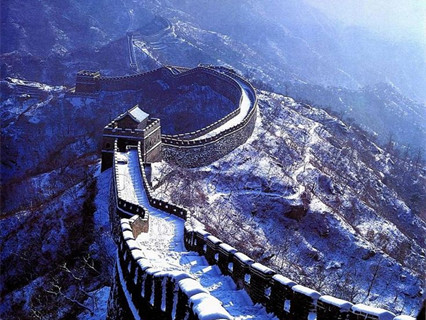 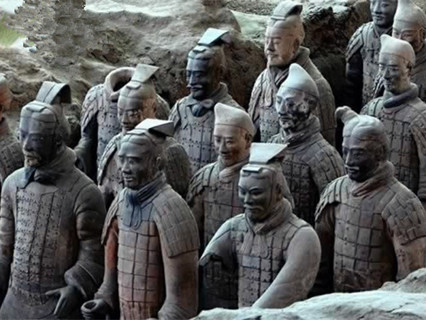 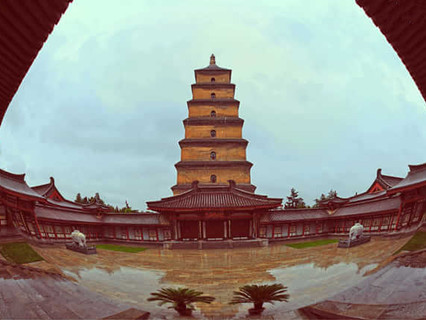 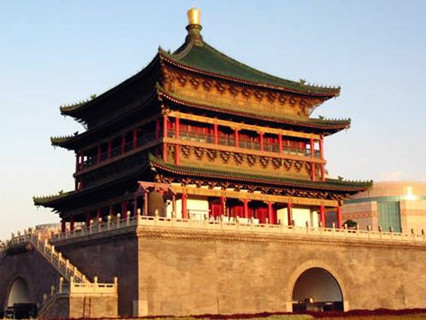 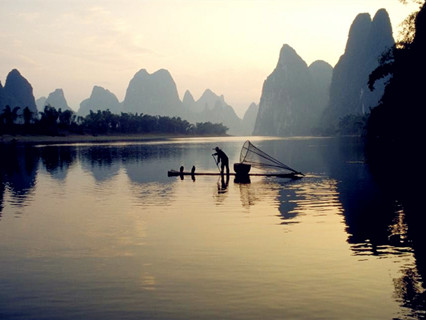 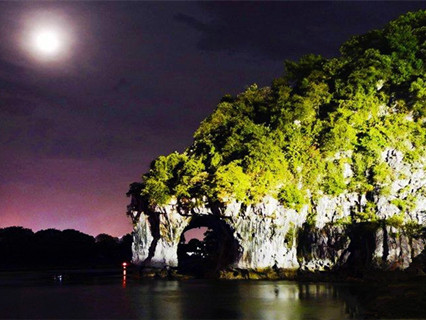 Day 1  Arrival Beijing by your own flight

When your flight arrive in Beijing, you will find our guide holding a sign with your name on it after you passing the custom. Then the driver and guide will drive you to the city center hotel for rest. The hotels in our package are located in the central Beijing-the famous Wangfujing Street. The guide will help you check in. You will be free at leisure for the rest of the day.

Pick up from hotel. Drive to Tian'anmen Square, once the biggest city square in the world. On October 1st,1949, Chairman Mao announced the foundation of People’s Republic of China. From the square, you can walk to the Forbidden City, the largest imperial palace in China during the Ming and Qing Dynasties with a history of about 600 years. Inside this imperial palace, we will explore its fascinating halls, pavilions with golden roofs and high red walls. After we exit the Forbidden City, we will enter another attraction, Jingshan Park,  where we will see local Chinese residents taking exercise, singing or dancing. We will enjoy the bird view of the whole Forbidden City and Beijing central city, which is a highlight of the day.

Then have a visit to Temple of Heaven, where ancient emperors came to worship the heavens in hopes of good harvests. Enjoy the acrobatics show in the evening.

Today we will hike Great Wall (Badaling or Mutianyu section), 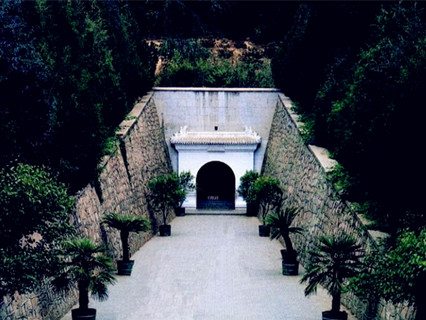 the most highlighted sight in Beijing. Please be prepared with your shoes since you will climb on the steps of the great wall. To reach the top of the great wall you can choose hike on foot or take the cable car (cable car ticket not included). You will never forget the view on the great wall, one of the seven wonders in the world. After lunch, we will visit Ming Tomb(Dingling) and Sacred Road. Alone the sacred road there are many stone statues of people and animals on both sides. These are the loyal guarders of the royal graveyard. The Dingling Tomb is the only tomb that has been excavated among the thirteen Ming Tombs.

Be transferred from hotel to Beijing Airport and catch a flight to Xian. Arrive in Xi'an on the same day.
Today, your sightseeing begins with Terra-cotta Warriors and Horses, which is the greatest archaeological findings of the century. There are three excavated pits exhibiting amazing Qin dynasty warrior and horses figures. Then go to the emblem of Xi'an city- Bell Tower afterwards. After that, go to the Wild Goose Pagoda, where widely renowned Master Xuanzang (Monk Tripitaka) stored his classics brought from India. Enjoy the Tang Dynasty show in the evening. The show that presents the palace dances and sings in the Tang Dynasty when Xi'an was the capital.

To learn about the history of Xi'an, you will visit the Shaanxi History Museum, which exhibits lots of cultural relics including bronze wares, jade, potteries, and murals from the Prehistory Period to the Qing Dynasty. Then visit Ancient City Wall, built in Tang Dynasty and survived through Chinese long history. It is the most complete existing urban fortification in China. You can walk or cycle on the ancient wall (bike rental fee is not included). 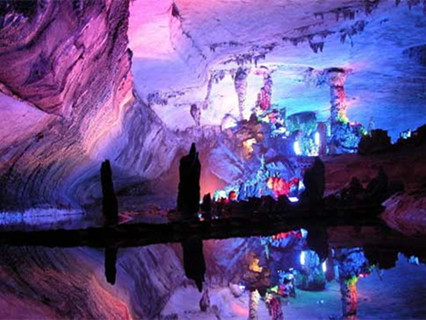 After visiting these spots, you will take a flight to Guilin. Arrive in Guilin on the same day. Be met and transferred to your hotel in Guilin.

Full day to Li River Cruise , then go to Yangshuo with lunch aboard and return to Guilin late in the afternoon. Be met at your hotel at 7:50 ~ 8:30am and transferred to Li River pier (Zhujiang pier) at 9:30am, and then take a cruise (4.5 hours) to Yangshuo with lunch aboard. Enjoy picturesque scenery along the Li River with green hills and clear waters. Disembark at Yangshuo in the afternoon and take a short exploration to the 1400-year-old town. Be transferred back to your hotel in Guilin.

First pay a visit to Reed Flute Cave, a famous karst cave in Guilin. When the light on, the cave looks like a fairy land with a large number of stalactites, stalagmites, rocks in different shapes. Next, we will visit Elephant Trunk Hill, the landmark of Guilin, looks like a huge elephant drinking water from the river.
After the tour, you will be transferred to the airport.

Hotel options in this trip:

Note:
Price may vary according to different seasons. You can extend your stay in each city, we will keep the discount hotel rate for you for the extended days.
How to Book?

1. You can book online or by email, tell us which airport to pick you up, then receive our confirmation email.
2. When you arrive in Beijing, our tour guide will meet you at arrival terminal airport by holding a sign with your name on it, and then transfer you to the confirmed hotel which described as above.

Rating: 1.00 of 5 Star base on 1 customer reviews
Write a Review

Our guide for Beijing was Serena who is phenomenal--you should request her! I will gladly provide her contact information to schedule her outside of this company. Guide for Xian was Tina who again was fantastic. Bother ladies were very personable. We had no issues with any of the guides. Communication with  more..

Enquiry :    ,How much will it cost to get the ticket from Guilin to Beijing by air? We are departing back home from Beijing

Reply :    HELLO, i checked the flight from guilin to beijing on march 15th and march 16th, the price is 760cny per person, the discount may change . if you want this tour , you can book it online directly.for return flight you can book by https://chinatour.net/flight/

Enquiry :    My husband and myself will arrive in Shanghai to visit our daughter who study there and stay up to 18 April. (we organise this by ourselves),18 or 19 April (depends of tour) we will arrive in Beijing and start the tour,We will be 3 people (me, my husband and my daughter) (2 rooms),Then we go to Xian (train first class

Reply :    Hello, According to your time scehdule, we got a tour plan for you, please have a look. Private Tour Apr 18: Beijing Arrival Arrive in Beijing, be met at the airport or train station and transfer you to the hotel, check in, free time today. Apr 19: (B, L) Beijing Pick up from you

Enquiry :    Hello. We will be traveling China for work from Nov 13 (Harbin) ending Nov 21 in Hebei. We want to travel China from the 22-23 to Dec 1-2. Our flight back Mexico takes off from Seúl (ICN airport) Dec 3,We have a “wish list” and this tour fits the closest to our idea. Let me tell you what we would love to visit:,

Reply :    Hello,     Because of National Day Holiday, we cannot offer you itinerary and price right away. And will get back to you on October 7th.   Sorry for any inconvenience 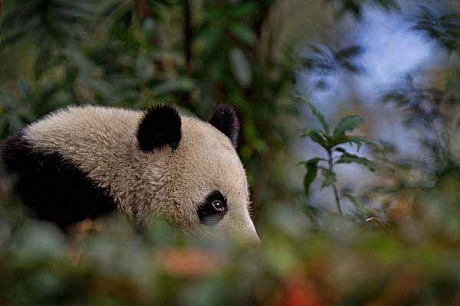 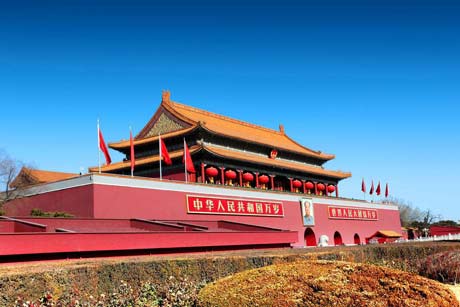