Tibetan Plateau is called "the Roof of the World" due to its high elevation. Most of the Tibetan residents believe in Buddhism, which has cast a mysterious veil on this plateau. Entering Tibet you feel as though you've entered an entirely different world.

Day 1  Lhasa Arrival (L+D)
Pick up from airport or train station and transfer to downtown hotel.

Our tour guide and private driver will meet you at Lhasa Kongga International Airport or train station and transfer you to the downtown hotel in Lhasa (altitude 3,650m) with about one and an half hours' driving(100km). On the way, you'll get greeted by Nie Tang Buddha, a Buddha image engraved in the mountain face.

After arriving in hotel,your guide will help you check in the hotel.Afterwards, you'd better have a rest and acclimatize yourself in case of high altitude reaction. 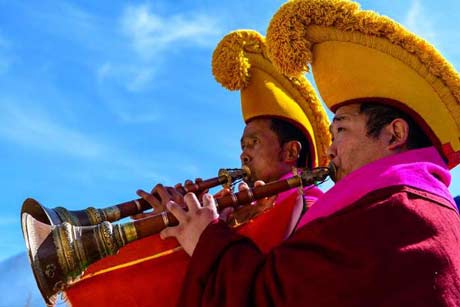 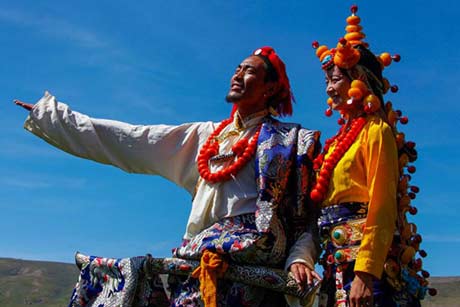 We recommend you take the morning flights, which are more punctual, so that you have enough time to rest and acclimatize yourself of the climate in Lhasa in advance.

This morning, we will take a easy visit to Jokhang Temple , which is 1300 years old and is one of Tibet's holiest shrines. It was built to commemorate the marriage of the the Tang princess Wencheng to King Songtsen Gampo, and houses a pure gold statue of the Buddha Sakyamuni brought to Tibet by the princess.
And then wander through the Barkhor Street , the crowed central market of Lhasa. It is essentially a pilgrim circuit that proceeds clockwise around the periphery of the Jokhang Temple. It is also a hive of market activity, an astounding pilgrim jamboree, and a wonderful introduction to Tibet. 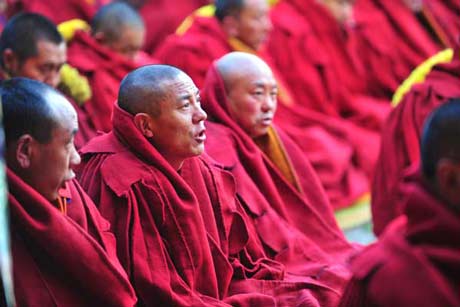 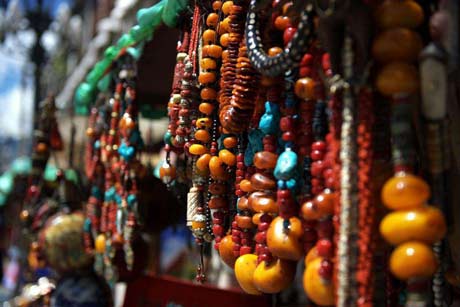 Taking photos with camera is not permitted inside the monasteries, and don’t wear hat, shorts and sleeveless when entering the Tibetan monasteries.

Today our main task is to experience the charming of the Potala Palace , the cardinal landmark in Lhasa.The most imposing attraction in Lhasa. One of architectural wonders of the world contains 13 storeys tall and thousands of rooms.We kindly suggest you take taxi to the top of the palace which costs about 10 and then walk down after your visiting.

Afterwards, continue a trip to Drepung Monastery .It lies in west of Lhasa under Mt. Gambo Utse, clustered round by the black mountain, its white grand buildings shining under the sunlight. Built in 1416, it is considered as one of the largest monasteries in the six principle monasteries of Gelu Sect in China. Drepung Monastery used to be the living palace of Dalai Lamas before the reconstruction of Potala palace(after the 5th Dalai Lamas was bestowed by Qing emperor Qianlong). 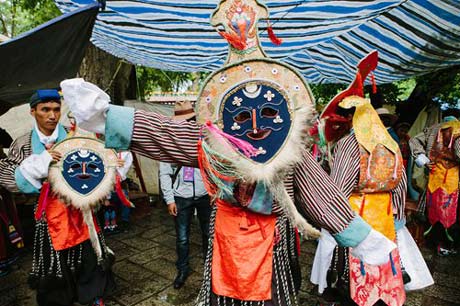 The annual Shoton Festival is known for all tourist from home and abroad, holding in every late June or early July of Tibetan calendar. As the beginning of the festival, Buddha painting unveiling ceremony in Drepung Monastery is the most remarkable. The 500-square-meter painting of Sakyamuni is gradually open on the hillside back of the monastery as the light in the very first morning.

This morning we will first go through the Gangpo Ri mountain on the way to Tsethang. Meanwhile, we will cross the widest part of Yarlung Zangbo River and finally visit the first Monastery in Tibet—— Samye Monastery . After spending 2 hours on a local boat just to cross the river and another half an hour taking local tractor or truck to reach Samye. Today's journey will end in Tsetang and you will stay there overnight. 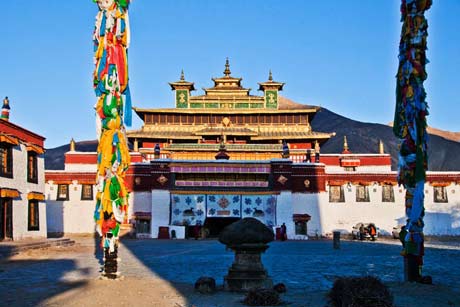 Samye Monastery is at the foot of Mt. Haibusi, on the north bank of the Yarlung Zangbo River in Jialang county. It is important to Tibetan people. They say if you see the complete temple, you would have traveled the entire universe. To be honest, virtually you do. This monastery is built in a manner which copies the formation of universe exactly the way it is mentioned in the sutras. The uniquely designed monastery is also famous for the various murals on the walls of the monastery and ancient artifacts that are well preserved and can be found only in this monastery.

Start your day with the valley of the old civilization——Yarlung Valley. This majestic area is widely believed to be the cradle of all of Tibetan civilizationa as well as the birth place of Tibetan People.
Afterwards, continue a trip to Tibetan Kings Tombs. At night, you will stay overnight at Tsetang. 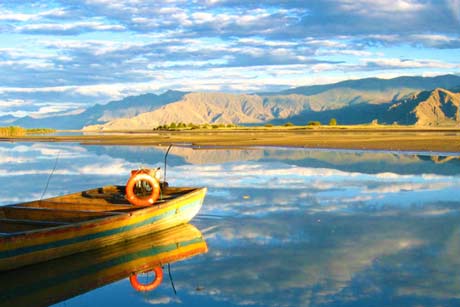 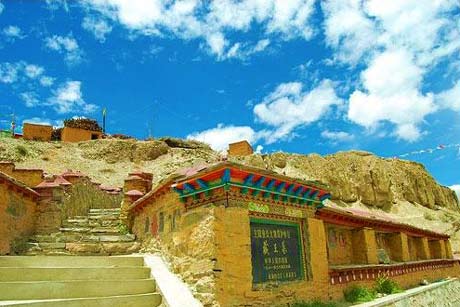 Day 6  Drive back to Lhasa (B)
Drop off from hotel to airport or train station .

This morning we will transfer you to Lhasa Kongga International Airport or train station. That is the end of your tour. Say goodbye to Lhasa and begain your next journey.

Reply :    Thanks so much for your tour inquiry with us, and please take a look my answer below firstly. 1. Is it possible to book the trip from Chengdu to Tibet on this time? --The train ticket can be booked at 30 days in advance, but there is only one train available, and we cannot promise to get train ticket, so